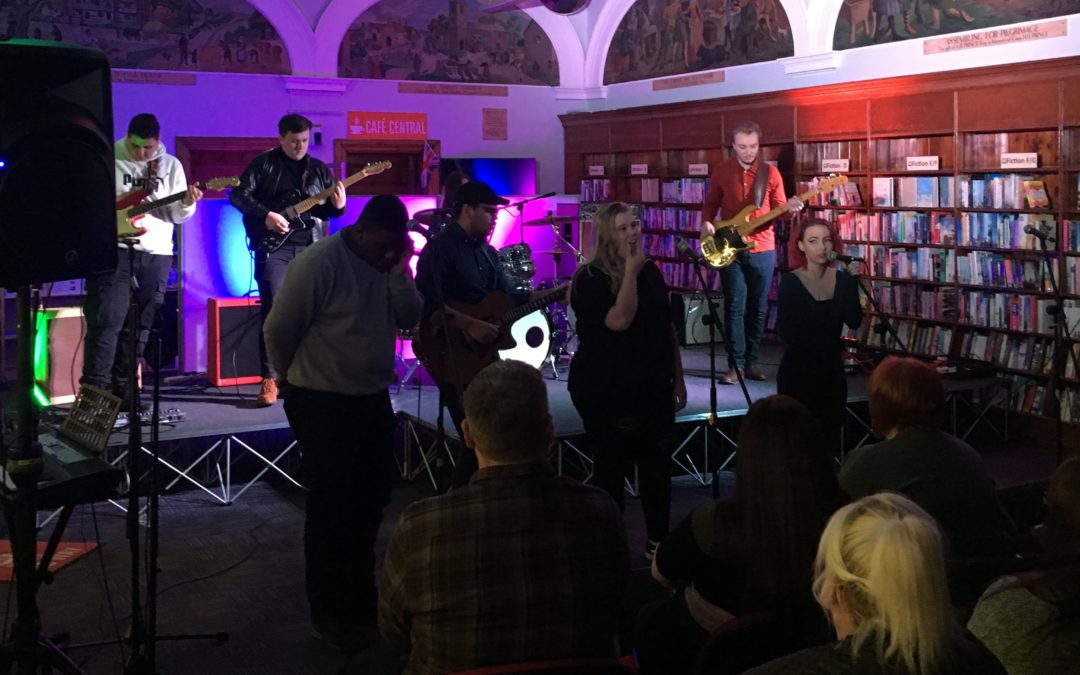 Well done to all the students involved in our fantastic Rock and Pop showcase at West Bromwich Library last month! The ukulele rocks! group performed a wonderful trio of rock n’ roll classics, ‘Shake Rattle and roll’, ‘Rock around the Clock’, and ‘See you later Alligator’, as well as a fantastic version of ‘Whisky in the Jar’ which featured some great solo vocal performances-even more impressive considering the whole band is made up of students from years 5 and 6.

The two Band Together groups were up next, with the younger band playing their versions of ‘knockin’ on heavens door’, which featured some great vocal harmonies, and ‘won’t back down’. The older band played an energetic version of ‘Song 2’ and their version of ‘The man who sold the world’. The most impressive thing about both bands was how they all swapped roles, switching instruments, and all having a go at singing!

The ever impressive ‘Tuesday coffee social’ closed the show with an epic Beatles medley, again with amazing vocal harmony work and some great instrumental moments too. 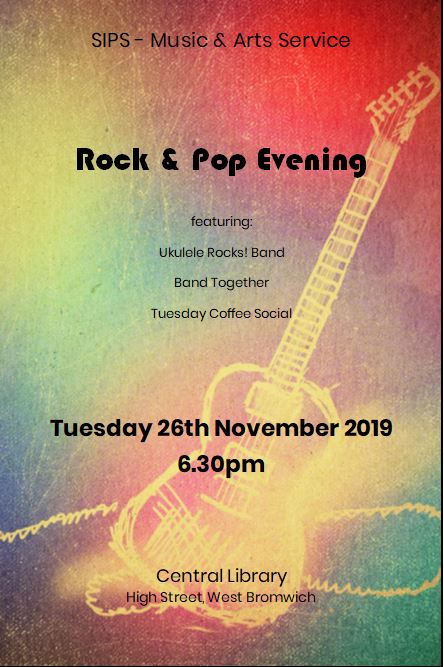 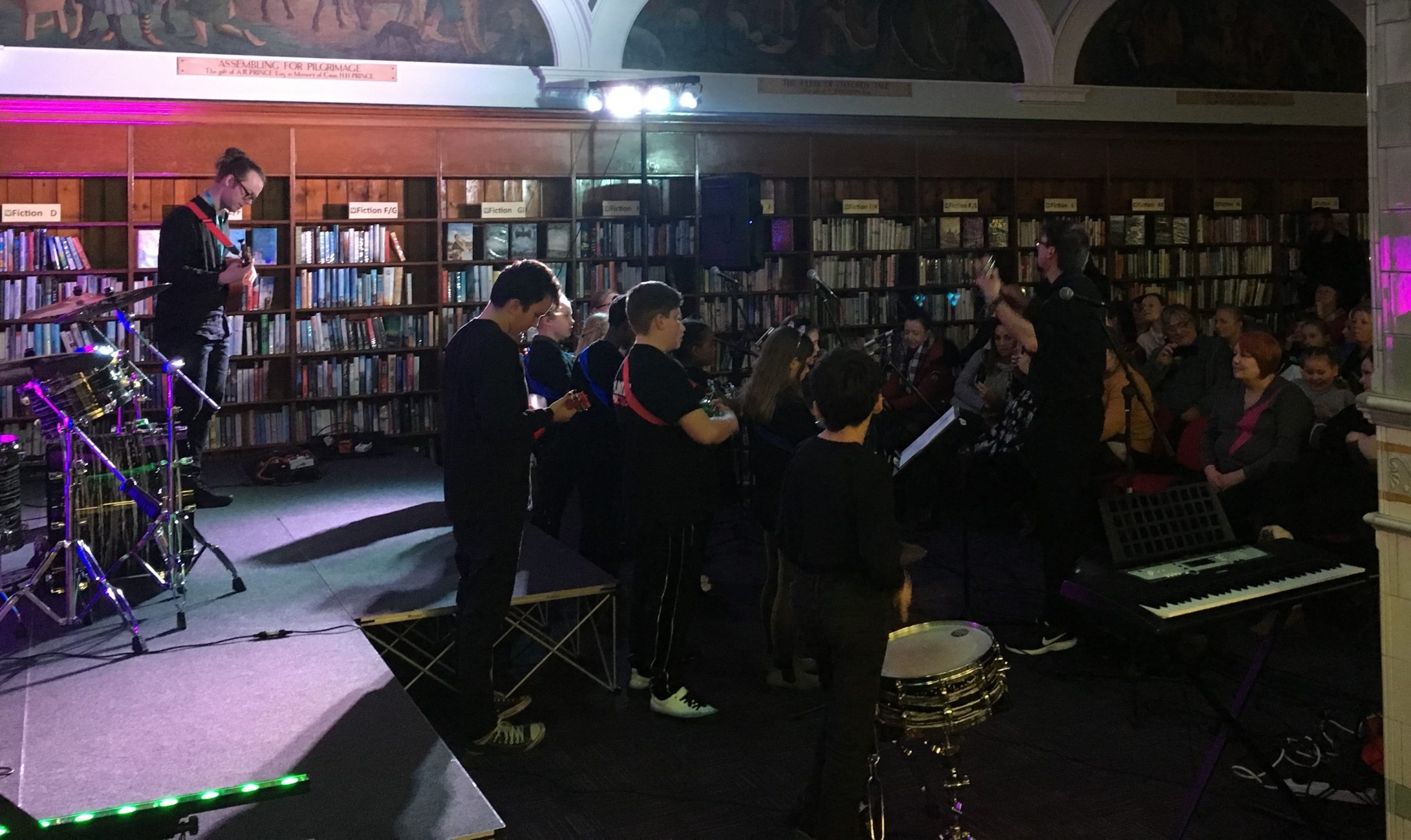 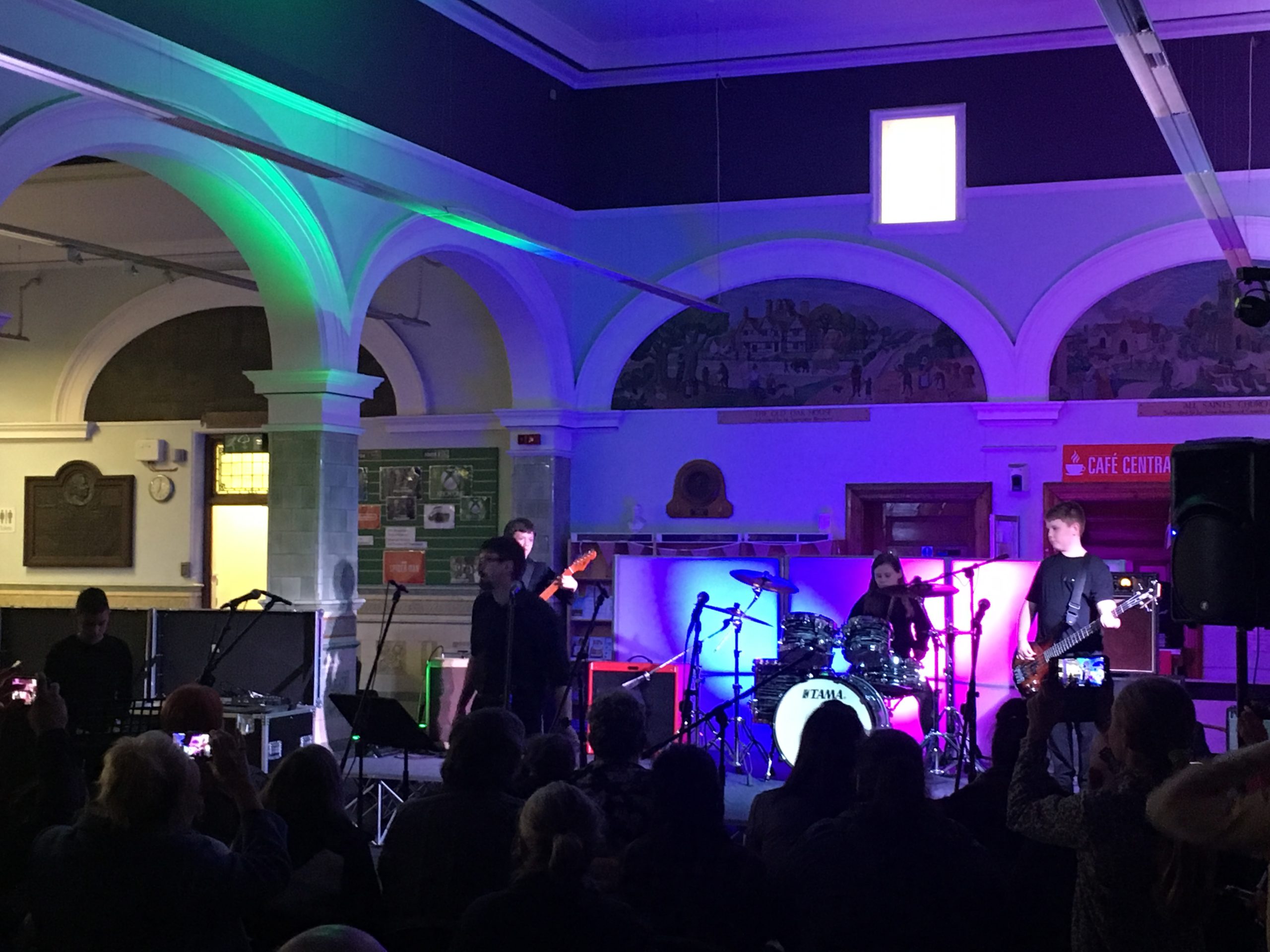 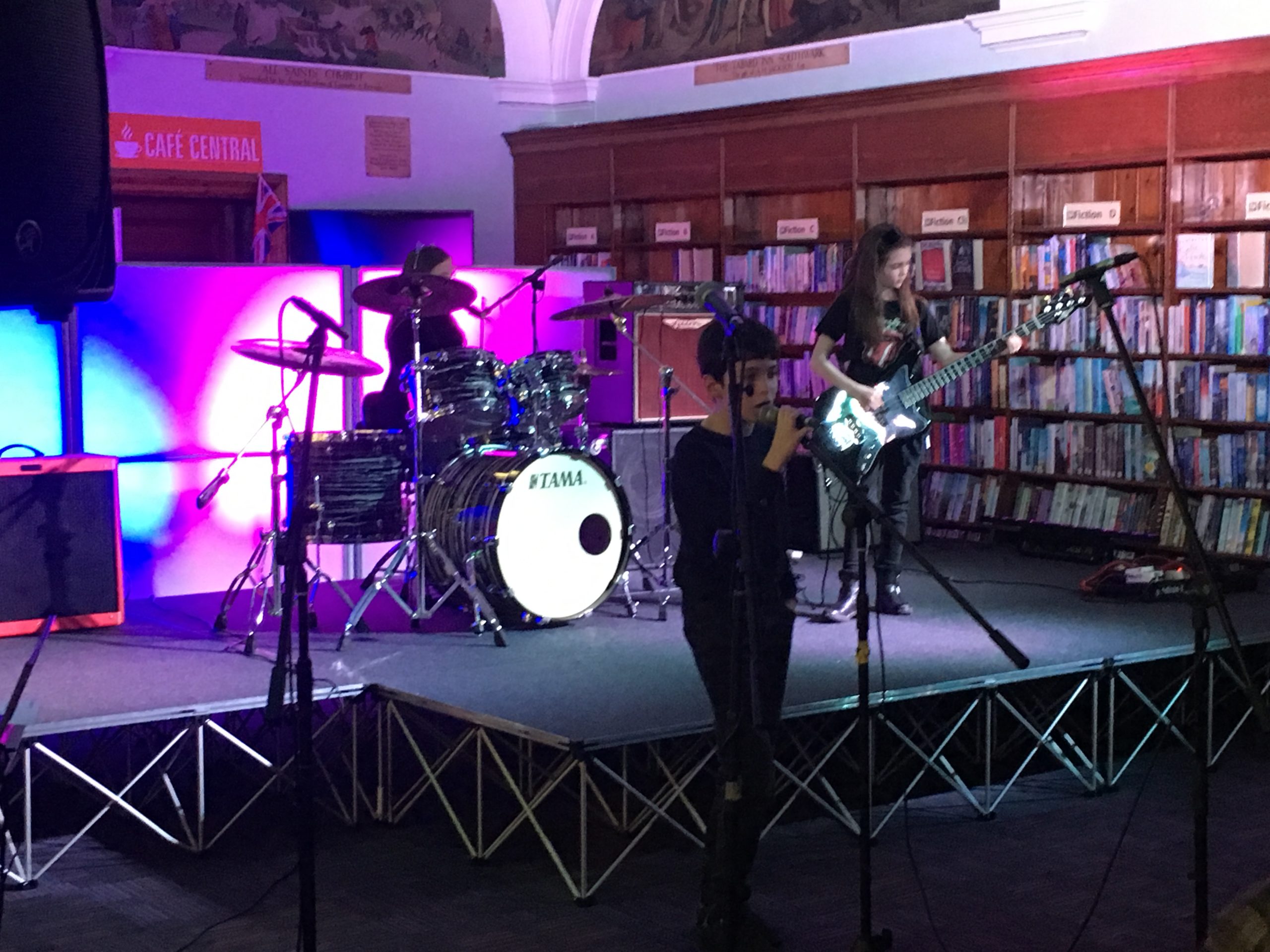 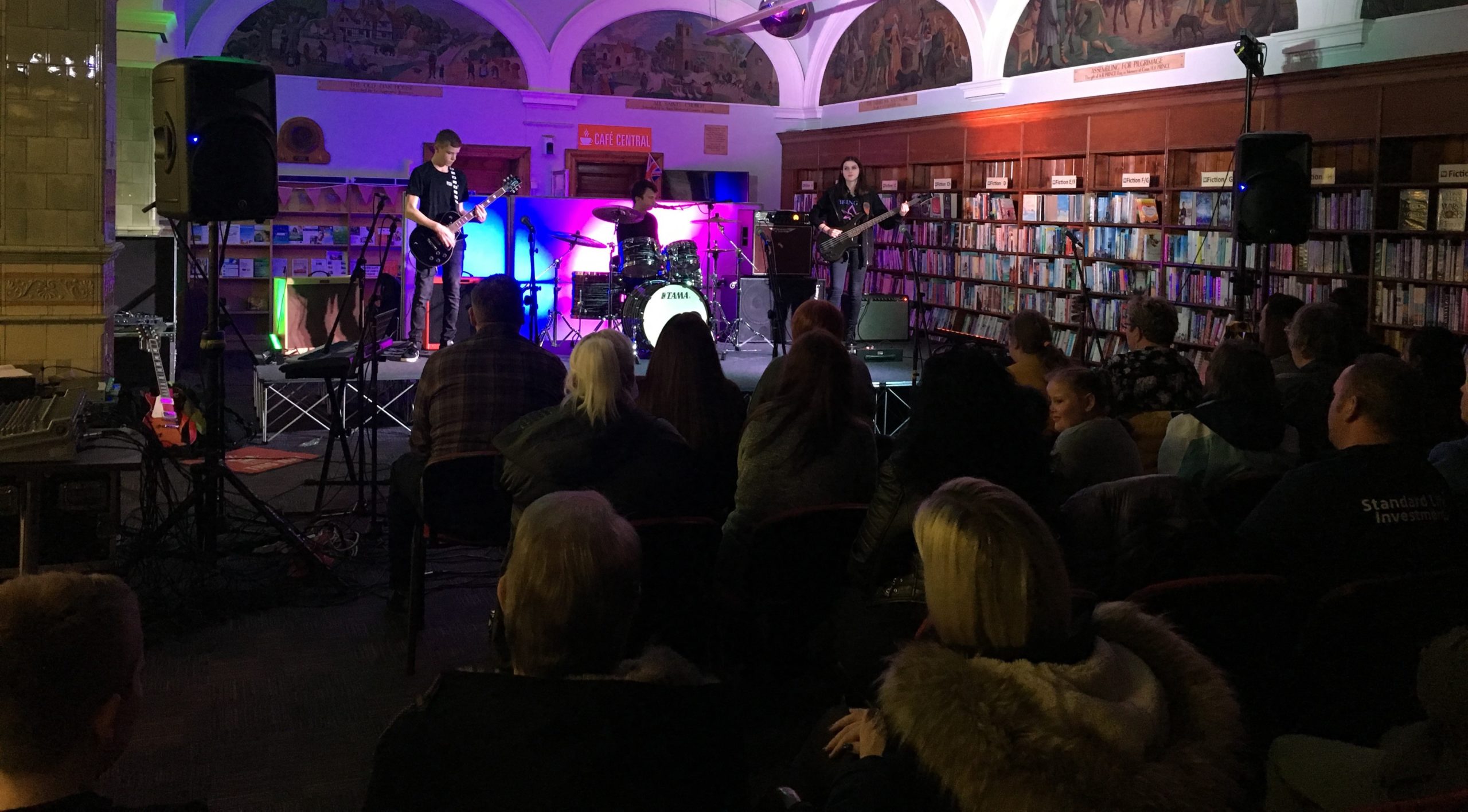