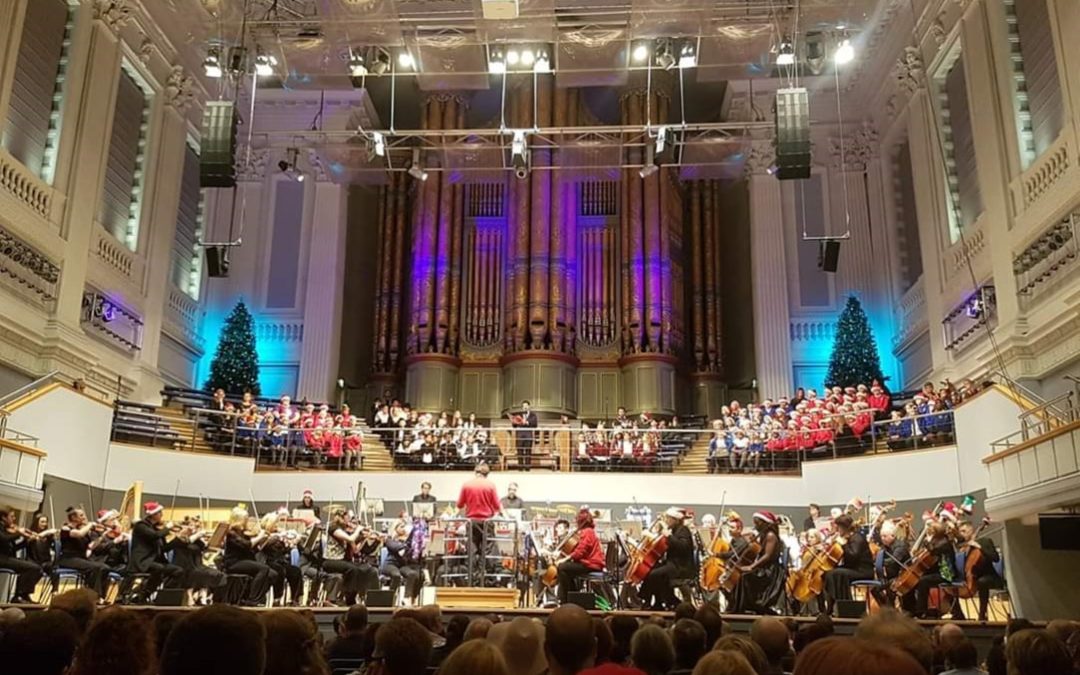 Children from Sandwell Primary Schools, in partnership with SIPS Music and Arts, were invited by the Birmingham Philharmonic Orchestra and their conductor Richard Laing to join them in their Christmas concert at Birmingham Town Hall.

The children from Devonshire Junior Academy, Glebefields, Grace Mary, Langley, Pennyhill and Uplands Manor Primary Schools performed a medley of songs from the Christmas films ‘Frozen’ and ‘Polar Express’, as well as singing the famous ‘Walking in the Air’ from ‘The Snowman’ which was brilliantly narrated by Chris Passey. The finale of the concert, a selection of music from ‘It’s a Wonderful Life’ culminated in a rousing rendition of ‘Auld Lang Syne’ with the orchestra, choirs and audience all joining in!

The children had a fabulous day of festive singing, in a wonderful venue, accompanied by an amazing orchestra and were a credit to their teachers, schools and to Sandwell.